27 Sep Should Mental Health Be An Excused Absence in Schools? 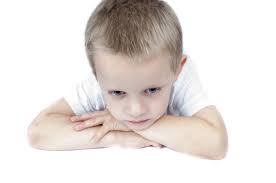 Mental health has been a hot button issue for a while, but it has especially escalated in the last decade. Between civil riots about the importance of highlighting mental health issues in the workplace, and Local and Federal governments enacting bills to aid citizens suffering from mental illnesses, the “hot button” label for this topic doesn’t seem to be going away any time soon… If anything, it’s just heating up.

Earlier this month, New York State Senator, Brad Hoylman, introduced new legislation that would allow for mental health to be used as an excused absence in schools. Senator Hoylman’s bill amends Section 3210 of the Education Law, which requires regular attendance by students and establishes certain procedures for permitted absence.

Historically, New York schools have been responsible for creating their own attendance policies, but Senator Hoylman is working to ensure that mental health can be categorized as an “excused” absence. One of the questions resulting from this bill’s introduction is about setting a limit to the number of days students may use mental health issues as an “excuse” for their absence. Or will it become a situation where if a school allows for 12 absences a year, all 12 could be contributed to mental health? On the flip side, scientists agree that while there are many common indicators of mental illness such as depression and anxiety, everyone experiences these ailments differently. So the question now becomes: Do you put a limit on how often a student can say that they need a mental health day?

There is no easy answer to a question like this, so it may be easier for schools to think in terms of a pick-list. When a student is absent, provide a list of acceptable reasons to apply against that absence, like a doctor’s appointment, and now – mental health.

According to a study conducted from 2007-2015, the number of children going to the emergency room either due to thoughts or an actual suicide attempt has nearly doubled from 580,000 to 1.12 million. It is important to note that this statistic specifically focuses on suicide attempts and thoughts. This number does not reflect the number of children who suffer from mental health illnesses such as depression, anxiety, and self-harm without suicidal tendencies. For instance, self-harm is not always the result of suicidal thoughts. More often than not, it is treated more like a compulsion.

It’s important for schools to understand that mental health is not just a list of illnesses that have their set symptoms and corresponding treatments. Instead, it should be looked at as a spectrum where everyone is given the opportunity to cope in their own ways. It is for that reason that representatives like Senator Hoylman are working hard to allow mental health to be a permissible reason for absence at schools.